Gibum Kwon is an assistant professor of Department of Mechanical Engineering at the University of Kansas. He received his Ph.D. in Materials Science and Engineering from the University of Michigan – Ann Arbor in 2014, where he developed separation methodologies for liquid-liquid mixtures with a research advisor Professor Anish Tuteja. During his Ph.D., he was awarded Materials Research Society (MRS) Graduate Student Silver Award and Rackham Predoctoral Fellowship (2013). From 2014 to 2016, he worked as a Postdoctoral Associate at MIT. At MIT, he conducted research on the wettability switching of photo-responsive semiconducting materials upon light illumination with Professors Gareth H. McKinley and Kripa K. Varanasi. In 2016, he joined the Department of Mechanical Engineering at the University of Kansas as an assistant professor. He is a recipient of NSF CAREER award (2020), Wesley G. Cramer Award (2020), and Hanwha Young Faculty award (2021). He has co-authored 20 refereed journal articles, as well as 8 patents of which 2 have been licensed. 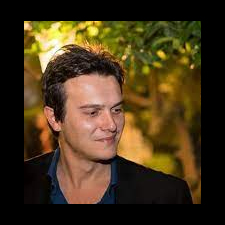 Gerardo Maria Mauro was born in Benevento on May 12, 1988. He is Assistant Professor at “Università degli Studi del Sannio”, Department of Engineering, since December 2018. His main research topics concern: i) numerical simulation and optimization of building energy design or retrofit; ii) large-scale analysis of building stocks via machine/deep learning; iii) development and optimization of strategies for the model predictive control of energy systems; iv) investigation of innovative building components for 3d printing; iv) advanced modeling and optimization of heat transfer systems via numerical methods and machine/deep learning. He is author of more than 50 scientific publications at international level. Five of them have been “highly cited papers” according to ISI Web of Science. According to SCOPUS database (November 2021) he has H-Index equal to 19 and 1296 citations. He is Editorial Board Member of the MDPI Journals “Sustainability”, “Energies” and “Buildings”. He is Reviewer of more than 20 international Journals published by Elsevier, Taylor & Francis, MDPI and Springer. He participates to different national and European research projects.

Topic of Keynote: Frontiers in Numerical Optimization of Heat Sinks 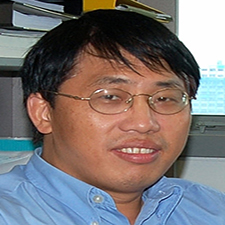 Dr Chang Shu is a Professor at the Department of Mechanical Engineering, National University of Singapore. He got his BEng and MEng respectively in 1983 and 1986 from Nanjing University of Aeronautics and Astronautics, China, and his PhD in 1991 from the University of Glasgow, UK. Dr Shu has been working in the computational Fluid Dynamics (CFD) for more than 35 years. His major interest is to develop efficient numerical methods to solve heat transfer and fluid flow problems, which are governed by a set of partial differential equations. Recently, he developed a series of flux solvers, which are based on the lattice Boltzmann equation and Boltzmann equation. These solvers can be well applied to simulate fluid flows from incompressible regime to hypersonic regime on structured and unstructured meshes. He also made effort to develop some efficient models for simulation of multiphase flows and flows around moving boundaries. So far, he has authored 4 monographs and published more than 350 articles in the international referred journals (SCI indexed). His work has been cited more than 20000 times in Google Scholar.

Topic of Keynote: Lattice Boltzmann and Gas Kinetic Flux Solvers and Their Applications

Dr. Lian-Ping Wang received a Batchelor’s degree in Mechanics from Zhejiang University, Hangzhou, China in 1984, and a PhD in Mechanical Engineering from Washington State University, USA in 1990. He was then a Visiting Research Associate at Brown University from 1990 to 1992, after which he was a Research Associate at Pennsylvania State University from 1992 to 1994 and an Assistant Professor of Mechanical Engineering at the University of Delaware from 1994 to 2001. He became an Associate Professor in 2001 and a Professor in 2010 at the University of Delaware. In 2017, he was appointed a Chaired Professor at Southern University of Science and Technology, China. Dr. Wang’s areas of expertise include turbulent multiphase flows, computational fluid dynamics (CFD) in particular mesoscopic CFD methods, and modeling of complex flows. He has published around 142 refereed journal papers and has given over 100 invited talks.  Dr. Wang became an elected Fellow of American Physical Society in 2011 and an elected Fellow of American Society of Mechanical Engineers in 2016, and an Invitation Fellow of Japan Society for the Promotion of Science (9/2016 – 3/2017).

Topic of Keynote: Development and Application of Mesoscopic CFD Methods for Compressible and Thermal Flows 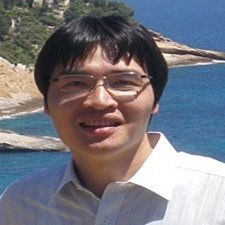 Dr. Wei-Xi Huang is an associate professor in School of Aerospace Engineering at Tsinghua University. His research focus is on numerical study of turbulence control and development of novel schemes for turbulent drag reduction. Huang is also interested in computational biofluid mechanics. He has been developing computational methods for fluid-flexible body interactions, with the goal of simulating and obtaining physical insight into problems from biomechanics. Dr. Huang is currently the associate editor of AIP Advances, Journal of Mechanical Science and Technology, and Proc. Inst. Mech. Eng.-Part C: Journal of Mechanical Engineering Science. He is also in the editorial boards of International Journal of Heat and Fluid Flow, Journal of Hydrodynamics, and Theoretical and Applied Mechanics
Letters.